Mr Ajay Swaminathan is a leading consultant obstetrician and gynaecologist in Cheshire. As a specialist in gynaecology, reproductive medicine and sexual and reproductive healthcare, he assists patients with a wide range of conditions.

His private practice is based at Spire Regency Hospital in Macclesfield along with an online and ‘virtual practice’. His NHS practice is based at Mid Cheshire (Leighton) Hospital and at the Hewitt Fertility Centre (Liverpool Women’s Hospital NHS Trust). Within the field of gynaecology, he specialises in subfertility and laparoscopic surgery.

Ajay has received extensive training in transport IVF and has vast experience in laparoscopic procedures (key-hole surgeries) as well as day case procedures including surgeries for ectopic pregnancy, endometriosis, adhesiolysis, ovarian cyst removal, tubal surgery and laparoscopic hysterectomy. He is also the deputy lead for gynaecology oncology at Leighton Hospital and a member of the South Manchester Cancer Network MDT.

Ajay was awarded the Diploma in Management in 2012 (University of London – London School of Economics and Political Sciences). He is involved in training candidates for the MRCOG examinations and was an RCOG moderator for the Enhanced Revision Programme. Ajay is the departmental lead for undergraduate medical education with the Manchester Medical School and is also a trained mentor for newly appointed consultants.

He was the principal investigator at Leighton Hospital for the GaPP2 trial which is a multi-centre randomised controlled trial looking at Gabapentin for pelvic pain. Ajay has presented research papers in various conferences including the European Society of Gynaecological Endoscopy Conference. He is a member of the Royal College of Obstetricians and Gynaecologists and specialist societies including the British Fertility Society and British Menopause Society. 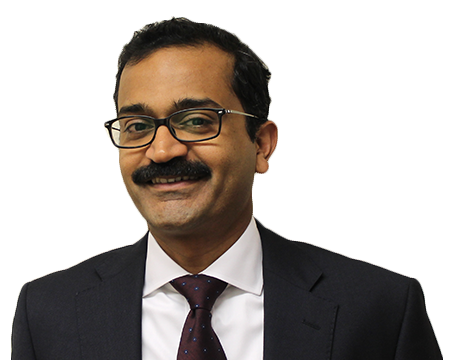 What is the menopause? The menopause refers to the process which naturally occurs in women as a result of ageing, meaning they no longer have p...

What is endometriosis? Endometriosis is a painful disorder where tissue that usually lines the womb (endometrium) is found outside of the uteru...

What is pelvic pain? Pelvic pain is characterised by pain that occurs in the lower abdomen, both c...

What is PMS? Premenstrual syndrome, more commonly known as PMS, is the name for the symptoms that ...

What is a hysterectomy? A hysterectomy is a surgery that involves removing the uterus (womb), mean...

Helpful, informative, thank you for listening to me

Good appointment overall with open discussion on options, response to questions and potential way forward. I appreciate there is limited time for a consultation but feel that I have some remaining questions and not best sure on best course to take for me

Very friendly, helpful and answered all the questions I had.

Consolation completed over the phone due to Covid restrictions. Mr Swaminathan put me at ease, explained the next steps and possible treatment options.

Dr Swaminathan was very detailed and thorough with clear and reassuring communication. I was doubtful about the benefit of a telephone consultation but we have made a clear pathway for further consideration of my condition. He advised me very well.

The hospital was very efficient and felt covid secure. Parking good. The scan area seemed a bit cramped and a bit tired in places. The consultant is superb and he would be highly recommended by me.

I found Mr Swaminathan to be very helpful, reassuring and methodical - we went through all issues and he explained the next steps. I also felt very involved with my care as I was asked for my opinion, which was really comforting. 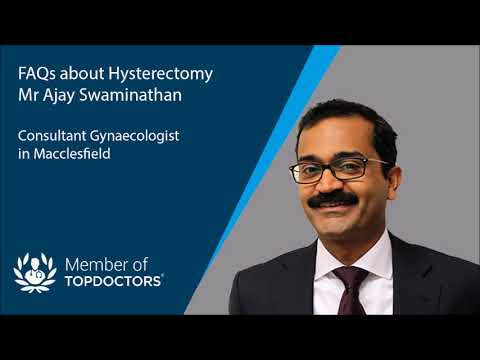 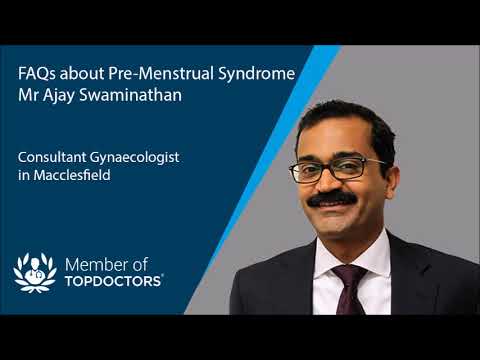 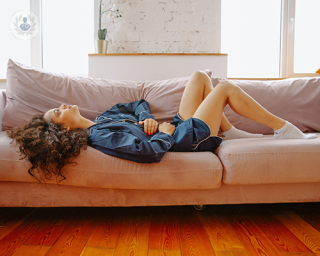 How to manage premenstrual syndrome (PMS): lifestyle, medication and surgery 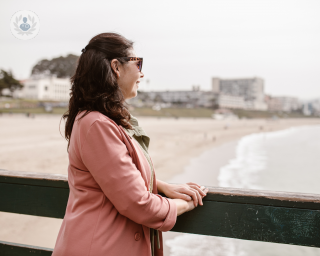 Before deciding to have a hysterectomy, its best to chat with a highly experienced obstetrician and gynaecologist. Mr Ajay Swaminathan is an expert when it comes to performing hysterectomies. We recently spoke with him to find out the answer to some of your commonly asked questions about the procedure. Find out what some of the risks are and how long it takes to recover.
Read more

Any cookies that may not be particularly necessary for the website to function and is used specifically to collect user personal data via analytics, ads, other embedded contents are termed as non-necessary cookies. It is mandatory to procure user consent prior to running these cookies on your website.